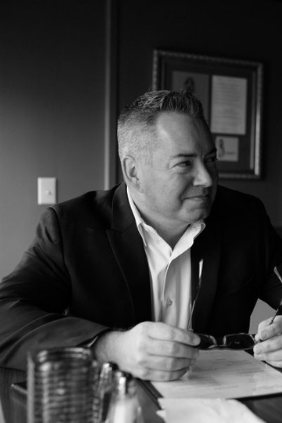 Michael Hartley is the President of Swing State Strategies, where he utilizes his over two decades of political, policy/issue, public relations and corporate experience to work with clients on their public affairs, policy issue and political strategy needs.

Most recently, Hartley spent over four years as the Vice President of Government Relations for the Columbus Chamber of Commerce, where he led the advocacy effort at the local, state and federal levels on behalf of the Central Ohio business community.

Prior to his time with the Chamber, Hartley spent over thirteen years developing a reputation as one of the best political operatives in Ohio, serving a leadership role in a number of high-profile campaigns and government offices. His roles included: Ohio Campaign Manager for New Day for America, the Super PAC supporting Governor John Kasich, for the 2016 Ohio Republican Primary; Director of Public Liaison and Senior Staff member for Governor John Kasich where he directed all outreach efforts from the Governor’s Office; five Ohio statewide campaigns, including as Deputy Campaign Manager for Kasich Taylor for Ohio in 2010, Campaign Manager for Stivers for Congress in 2008 and Ohio Political Director for Bush/Cheney re-election in 2004; as well as serving in director positions in the Attorney General’s and Auditor of State’s Office.

Hartley received his Bachelor of Arts degree in History and Secondary Education from Baldwin-Wallace University.  He lives in Circleville with his wife Samantha and two children, Xavier and Sofia.