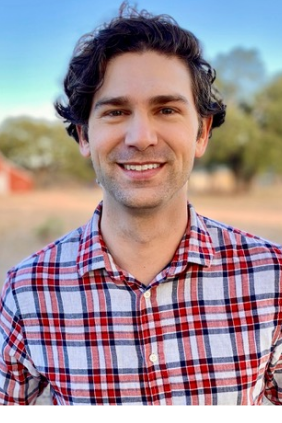 Samuel Davis is a 7th generation Texan coming from a West Texas ranching family. Since his early childhood, Davis spent his summers working on the Pecan Spring Ranch, his family’s centennial ranch located in McCulloch and Menard County.

The ranch was founded in 1880 by his relatives who emigrated from Germany. With over a century of skill, land cultivation, sweat equity and hard work, Pecan Spring Ranch has developed a strong reputation for quality cattle, sheep, and goats.

Davis serves as the Director of Development for the family’s online and retail business, PSR 1880. Inspired by his family’s land stewardship heritage, Samuel has joined with his parents in working to restore and renovate many of the ranch’s historical structures. The Davis family are members of the Texas Sheep & Goat Raisers Association and the Texas & Southwestern Cattle Raisers Association.

Davis is a 2013 graduate of the University of Texas at Austin with a BS degree in Radio, Television and Film and a minor in Business. While attending the University of Texas, Davis was an active member of the Texas Wranglers, a prestigious service organization engaged in a variety of charitable causes and campus social activities.

In 2017, Davis and his family partnered with a wind energy developer to provide ranch acreage in Concho County for part of the Cactus Flats Wind Farm, one of the state’s premier wind energy developments. Investments from these forms of clean, renewable energy allow the Davis family to carry their nineteenth-century legacy of ranching into the twenty-first century.